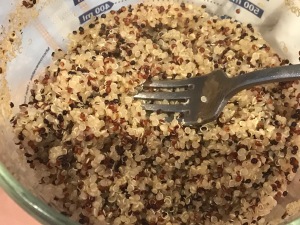 Cooking quinoa in a saucepan was time-consuming because I felt I had to keep lifting the lid to ensure it didn’t over boil.

However, my sister-in-law has taught me a no-fuss, easy way to cook Quinoa. Using the microwave technology has been a more enjoyable, hassle and stress-free experience.

When I used the 1000w microwave, the quinoa didn’t over-boil. However, the 1200w microwave needed some experimenting. I’ve taken the guess work out of it for you because 1200w cooks at a ‘higher temperature’ and faster than the 1000w. If using 1200w, set it to 60% power when cooking quinoa. Here are some photos,  recipe and video footage for microwaving Quinoa. Quinoa is not only nutritional, but a multi-useful ingredient which can be used in salads, soups, veggies, cakes and anything else you want to experiment with. 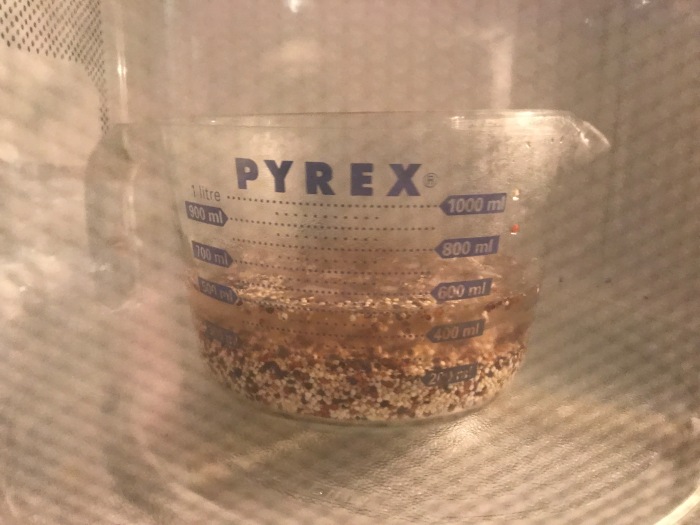 Stage 2 – Next 5 minutes, starting to bubble and boil. 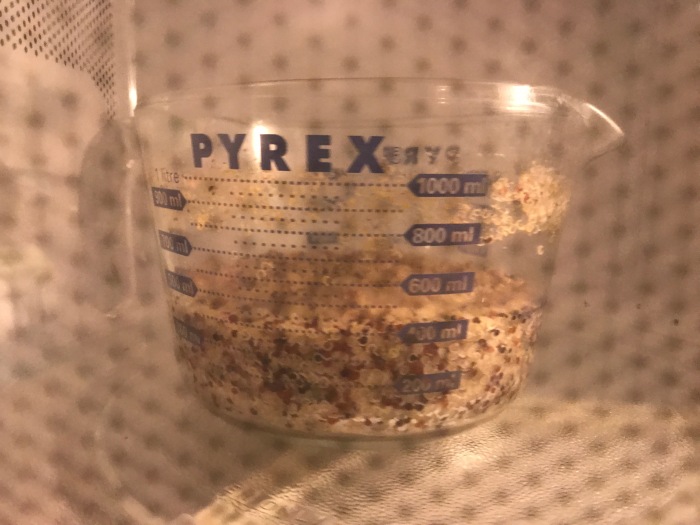 Stage 4 – During last 3-4 minutes, drying out, small bubbles in lower part of bowl

Stage 3 – During 7-12 minute – Full on boiling, but not overflowing

Stage 4 – During last 3-4 minutes, drying out, small bubbles in lower part of bowl

Stage 5 – The quinoa ‘fluffing’ stage as it has dried out sufficiently ready to serve in your hot or cold dish.