Steaming up the Story Arts’ Festival Ipswich’s (SAFI) Saturday Gala Dinner were the Victorian Era Sci-Fi cast. The steam punkers were from either The League of Extraordinary Gentlemen, Wild Wild West, H.G. Wells – War of the Worlds or Jules Verne – Twenty Thousand Leagues Under the Sea.

Ipswich’s Metro Hotel guests were privy to the era’s steampunk costumes. The passing  parade of corsets, vests, bustle skirts, ruched skirts, twill riding pants, black leather boots —  lace-ups, ankle, spats and gaiters raised a few eyebrows. What lay beneath were discretely in place — camisoles, chemises, petticoats, bloomers, pantaloons and thigh-high striped nylons. On occasion a gold-engraved single-barrel made an appearance on the pretence of it receiving reassurance. To top it off, the black coachman’s hat and top hat — worn by great thinkers and tinkerers — added the finishing touch to the layer of feathers, lace, bows buckles, clasps, lace and netting — with not a zip in sight.

Onlookers were entertained when their favourite Stars stepped onto the red carpet. The pull of a cravat, touch of a choker, caress of a finger-less lace glove and casual check of a pocket watch had them aflutter. Also the dab and inhale of a white lace handkerchief, thumbing of a utility belt and adjustment of a body holster, may have hinted at the extraordinary night that lay ahead. 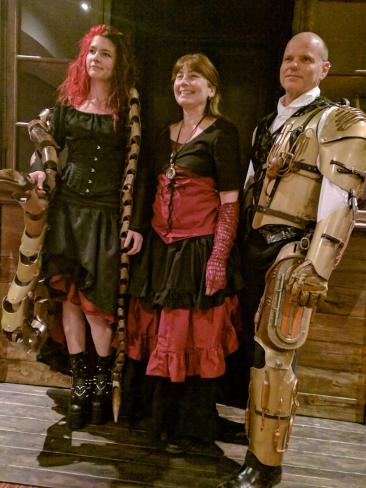 So fascinated were fans that they unashamedly pointed, delighting in the aesthetic mechanical contraptions. The hall light sparked off the brass, leather and cogged goggles atop of their hats. Also those carrying monocles, monoculars and monoggles, folding brass binoculars and short-handled brass theatre glasses were histrionic in overusing their props, but appreciated by the swelling crowd. The phial wristband, compass wrist bands and brass sextant keychain were provocatively in full view leaving onlookers beguiled. 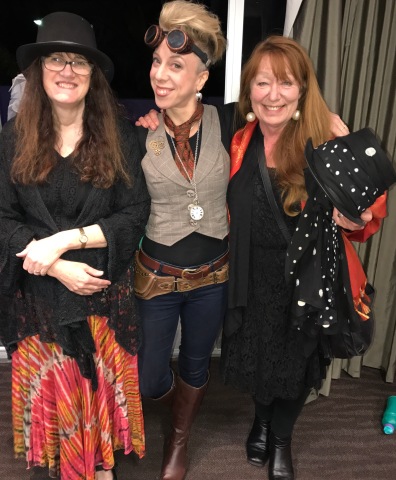 Their admirers realised there was so much to savour and take in still, yet so little time left.  Cheers and applause, and a little disappointment, gathered momentum as the luminaries of the steampunk world approached and stepped into the sanctuary of the Gala Dinner. As heavy timbered doors groaned close, sighs were in unison. The Inventors and Adventurers — expeditionists, treasure seekers, scientists, explorers, alchemist, horticulturalists, bounty hunters, aeronauts, overseers of the museum of mysteries and perhaps a denizen of the night  — had sought and finally found their fortune.

Please don’t go past this point…

Some may offended or some may simply… 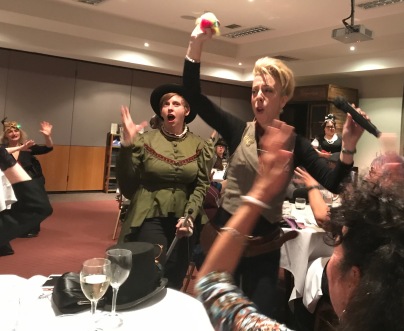 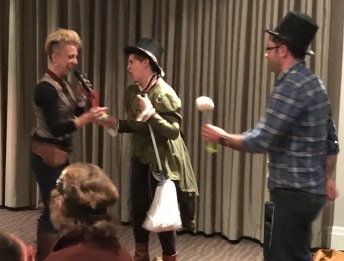